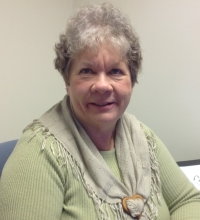 Terry Noll has seen a lot of Pennsylvania.

The Penn State research assistant's work has taken her from the endless-mountain wilderness of Sullivan County, to the sweeping farmlands of Lancaster County, to the former coal country of Indiana County.

One thing these diverse areas have in common: rural communities grappling with sudden changes and complex issues brought on by the Marcellus shale gas boom.

And Noll has been there to talk them through it.

For the last four years, Noll has served as project coordinator for an effort to educate rural Pennsylvanians about the changes taking place in their backyards.

Her work has been part of Marcellus Matters: Engaging Adults in Science and Energy, a National Science Foundation-funded project that since 2012 has educated people in rural communities about science and energy through the lens of Marcellus Shale natural gas development.

"Our project is geared toward providing the education to community members to empower them to develop the knowledge and critical thinking skills that will allow them to engage in civil dialogue within their communities as development occurs," Noll said.

The program, which is winding down and ends in December, has reached hundreds in Clearfield, Clinton, Sullivan, Indiana, Lancaster and Lycoming counties.

Interdisciplinary researchers from geosciences, arts and architecture, agricultural sciences and education traveled to the communities and taught residents about everything from the physical science behind unconventional shale gas drilling to the social and economic impacts of an energy boom and bust cycle.

"I loved the interdisciplinary approach," said Noll, who led multiple-week programs in the communities. "We had landscape architects who understood impacts on land, geologists who taught about the science behind drilling, sociologists who helped citizens understand boom/bust cycles and correlation vs. causation, and a theater group who put on plays that portrayed both the science and emotion associated with this contentious and polarized issue."

Beyond facilitating the science education, Noll helped community members learn to talk with each other about difficult and sometimes emotional issues related to energy development.

Residents' concerns varied widely based on where they lived. Those in Sullivan County, for example, worried how development would impact their pristine landscape and the tourism industry it fosters. In Indiana County, residents have grown up with coal mining and understand the benefits and problems energy industries bring. They were more concerned about whether fracking in close proximity to old coal mines could cause new environmental problems.

Water quality was the universal, and perhaps chief concern of all the groups.

Noll and the researchers aimed to provide a better understanding of these issues, but also better critical thinking skills. They hoped those who attended their meetings would spread the knowledge in their communities long after the program ended.

"One comment I got throughout the counties was that they would never read an article in the same way they had before," Noll said. "They now understood the complexities of shale gas development and what they needed to really think about as they are listening, watching or reading."

Noll, who has previously managed projects at Penn State, the University of Michigan and for the US Treasury, said her work with Marcellus Matters ranks among the most rewarding.

"I've logged a lot of miles, and loved every minute of it," she said. "This is one of my favorite projects that I've ever worked on. I loved it."

When the project ends in December, Noll will be retiring from Penn State. She has worked at the university for the last eight years. It is her third stint with Penn State, where she also received her master's degree.

She plans to travel, spend time with family and perhaps even write a novel.