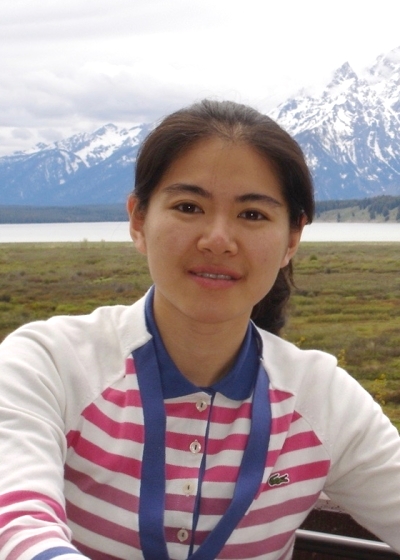 Even as a child, Laifang Li asked the tough meteorological questions.

"One day it rained, and I couldn't go to the amusement park, so I asked my father, 'Why does it rain, and where does the water come from?'" Li said. "My father said I had to study meteorology and become good at math and physics in order to understand these kinds of questions. That’s when I became very interested in weather and curious about nature."

Scientists' previous understanding was that the atmosphere changed quickly, and these rapid changes prevented the atmosphere from "remembering" what was happening in its initial state, Li said. The Penn State team's current research suggests that the ocean's influence on atmospheric circulation helps the atmosphere remember these initial conditions. The atmosphere, Li adds, in turn forces the ocean temperature to vary.

"Without considering atmospheric memory," Li said, "the capability of atmosphere in forcing ocean temperature variability might have been substantially underestimated, especially over the extratropical oceans."

One example – and another area of interest for Li – can be found in the subpolar North Atlantic Ocean.

Common knowledge holds that as humans burn fossil fuels and increase the amount of carbon dioxide and other greenhouse gases in the atmosphere, temperatures across the globe will increase, according to Li. However, the historical sea surface temperature record shows that the North Atlantic, just below Greenland, has cooled by more than .5 degrees Celsius over the last century.

"This region is an outlier to the rest of the world," Li said.

She and her colleagues are using conceptual models to study oceanic and atmospheric processes and to determine what exactly is causing this cooling. Their most recent findings are currently under consideration by an academic journal.

Li is also researching the oceanic impact on water transport.

"The U.S. Midwest is relatively remote in relation to the ocean, but still it can be strongly affected by the amount of oceanic moisture input for its seasonal precipitation," Li said.

Li's interest in oceanography and meteorology seems to run in the family. Her husband, Pengfei Zhang, is an assistant research professor in the Department of Meteorology and Atmospheric Science at Penn State. Her three-year-old son has also recently expressed an interest in the weather.

"Yesterday, because it rained and he could not play outside, my son asked me the exact same question I had asked my father," Li said with a smile. "He asked me, 'Why does it rain, and where does the water come from?' I think now I have a better answer than my daddy did."

In her free time, Li enjoys cooking and taking advantage of all the hiking and outdoor recreational activities that central Pennsylvania has to offer. She also describes herself as a superfan of stationary and is currently running a pen testing laboratory from her house.