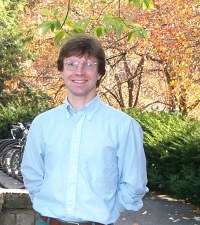 If a community wanted to cut its greenhouse gas emissions and decided to take steps to do it, how would it know if the steps it was taking worked?

A team of researchers from Penn State's College of Earth and Mineral Sciences and several other universities has been testing a method for doing that, by capturing readings of greenhouse gases in an urban atmosphere. Known as INFLUX, The Indianapolis Flux Experiment uses a combination of measurements taken on towers and readings from aircraft to find out how much carbon dioxide and methane is being emitted from the city.

"It is an independent way to quantify emissions levels and later validate changes and reductions. We hope to demonstrate this and learn what is required to make this work," said Ken Davis, professor of meteorology at Penn State and a lead researcher on the project.

The results are expected to provide data that could be used to establish standards for measuring greenhouse gas emissions. The project will document the accuracy of the method, and establish open data records that will allow for independent verification of the findings.

The Penn State team's part of the project includes deploying and operating the sensors that are distributed across the metropolitan region on 12 communications towers and are designed to measure the greenhouse gases carbon dioxide and methane. The towers also host measurements of carbon monoxide and other tracers of industrial activity to help identify the sources of the greenhouse gases. That data is being coupled with measurements taken during 40 flights over the area and with information about buildings and their estimated individual energy usage.

Davis said the expression "the atmosphere can't lie" is true in cases like this where the atmosphere records the earth's emissions. The tower-based sensors offer an independent way to measure changes in emissions, including whether reductions are taking place.

Davis explained that this method is really quite simple: As air flows across the city, emissions accumulate in the atmosphere. By measuring this accumulation and quantifying the wind speed and atmospheric mixing, the researchers can infer the emission rates.

"It's like putting a bag over the city and watching the greenhouse gases accumulate in it. In this case, the 'bag' (the atmosphere) is very leaky, since the air flows through and across the city," he said.

That "leakiness" doesn't prevent the measurements from being taken and interpreted, but the atmospheric conditions must be carefully documented for the emissions estimates to be accurate. The advantage of the method is that any and all emissions end up being detected in the atmosphere.

Davis noted that using atmospheric data to measure emissions is not the only way to obtain readings.

"There are also 'inventories' — assessments that track economic activity, for example, associated with the combustion of fossil fuels," he said. "Those are the methods being used by the U.S. Environmental Protection Agency to report U.S. emissions to the United Nations. But they can be subject to error, they are difficult to update frequently, and if there is an economic cost associated with emissions or if data are poor for some part of the world, independent approaches such as atmospheric measurements may prove essential."

Using the atmospheric sensors complements the inventory method by capturing continuous, total emissions data from a chosen location rather than getting a snapshot in time for many different types of emissions (such as home heating, industry and transportation), then piecing this data together across time and space, as must be done for an inventory estimate.

In addition to managing the tower-based measurement collections, the Penn State team is running three numerical tools —the Weather Research and Forecast model, the Lagrangian Particle Dispersion Model and a Bayesian matrix inversion — to infer the rate and location of greenhouse gas emissions.

"We incorporate building-by-building estimates of greenhouse gas emissions, biogenic fluxes and flow into the area from storms and neighboring cities," said Davis, who is also an associate in the college's Earth and Environmental Systems Institute.

Started in fall 2010, the project receives funding from the National Institutes of Standards and Technology and is likely to be extended for an additional three years.

(The story is also online at Penn State News)