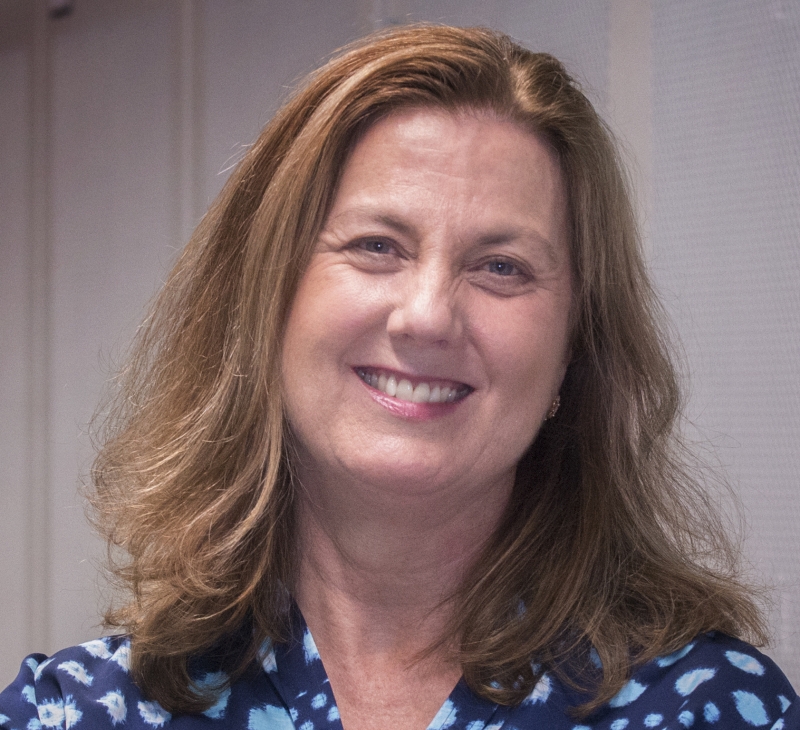 When Jenni Evans mentions ensembles, she's not talking about music but tropical cyclones. Evans, professor of meteorology and director of the Institute for CyberScience at Penn State, takes an extensive approach to studying cyclones that begin in the tropics and then undergo structural changes as they move into the mid-latitudes.

"We use really cool machine learning techniques to understand how to take 150 forecasts of one storm at one time and to understand physically what those forecasts mean," Evans said. "We look at the U.S., Canadian, European and U.K. models. At the moment we don't use the Japanese or Australian models, but that's because we haven't gotten there yet."

Meteorologists call the collection of forecasts an ensemble and use it to identify the range of possibility for a storm. For instance, if the models predict that a storm will go into the Gulf of Mexico and the ensemble says that the storm will not travel farther north than Georgia, then individuals are pretty safe in North Carolina and almost certainly safe in Massachusetts, Evans explained. She wants to use the ensemble data to improve storm forecasts.

Evans is also working with Mark Ballora, professor of music technology, and researcher Alex Kowaleski to sonify hurricanes. Sonification involves mapping numbers to sounds, Evans said. She works with Ballora to assign different sounds to key components of hurricanes, such as wind speed, water temperature, symmetry, and latitude. For instance, they use a "whoop whoop whoop" to indicate the fastest windspeeds, and the whoops get faster as the winds speed up; they also use a "duh duh duh" sound to indicate latitude, and the sound gets deeper as the storm moves out of the tropics and passes over the cooler water of the higher latitudes. Building on this research, Evans is currently working with colleagues in Australia to apply sonification to climate change.

"We are exploring a particular way that large areas of thunderstorms interact with African easterly waves to increase the chance of a tropical cyclone forming," said Evans. "This region is known as the main development region because the majority of the strongest hurricanes and hurricanes that 'transition' – meaning they impact regions like the mid-Atlantic through to Canada – form here."

In addition, Evans is working with Jose Fuentes, professor of meteorology, PhD candidate Andrew Polasky, and partners from universities across the country to study how climate change will affect Illinois. The team uses machine learning techniques, climate model simulations, and current observations to predict future weather and to help individuals thinking of crop modeling.

The researchers are also working with two communities in the Chicago area: one a newly constructed affluent community designed around being ecological and environmentally aware, and the other a working class community where implementing changes to reduce a household's carbon footprint means making lifestyle changes.

"The idea is to give these folks information and tactics they can use to reduce their carbon footprints," Evans said.

Computer scientists working on the project have developed a game that allows the communities to play with these tactics and figure out the tradeoffs before implementing changes.

"You know how to win: you're never going to fly, you're going to set the thermostat to 50 degrees when it's 50 degrees outside, you're only going to walk, and in many computer games you would win," Evans said. "But what I love is the person who designed this game believes that people will not live without joy, so you cannot win this game only by reducing your carbon footprint. You have to have joy."

The project aims to see how changes predicted by the climate model impact the weather, and how that impacts an individual's behavior and awareness, Evans said. She hopes to apply the machine learning techniques developed for the project to future studies in the tropics.

In addition to her appointments in Meteorology and the Institute for CyberScience, Evans is president of the American Meteorological Society, which is celebrating its centennial. She also is part of the Penn State Global Engagement Network, which looks to build longer-term relationships with a small number of universities around the world to nurture research collaborations and opportunities for students.

Evans received her bachelor's and doctoral degrees in applied mathematics from Monash University, Melbourne, Australia. Before joining Penn State in 1992, she worked as a research scientist at the Commonwealth Scientific and Industrial Research Organisation, an independent Australian federal government agency.

In her free time, Evans likes to work in her garden or spend time in the woods with her husband and their two Hungarian shorthaired pointers.