In the past few years, interest has grown concerning the "habitable zone" around the Sun and other stars. The habitable zone is the region in space where a rocky planet similar to Earth can maintain liquid water on its surface. We define it that way because life — all life that we know about, at least — requires liquid water during at least part of its life cycle.

This topic has heated up in the last few years because NASA's Kepler Space Telescope has been counting planets in the habitable zones of other stars. Kepler monitored the brightness of approximately 160,000 stars continuously from 2009 to 2013, ending when it lost a critical reaction wheel (gyroscope) and could no longer point accurately. During that time, Kepler detected over 3,500 planets orbiting more than 2,600 stars. Kepler found planets by looking for the slight decrease in a star's brightness when a planet passes in front of it. Of the 3,500 detected objects, about two dozen are rocky planets orbiting within the habitable zones of their parent star. 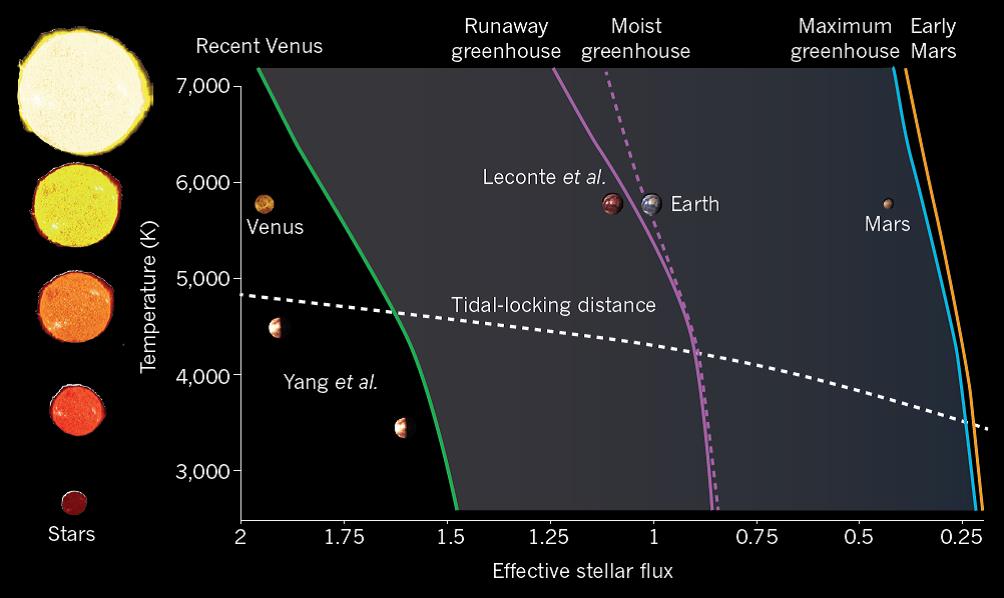