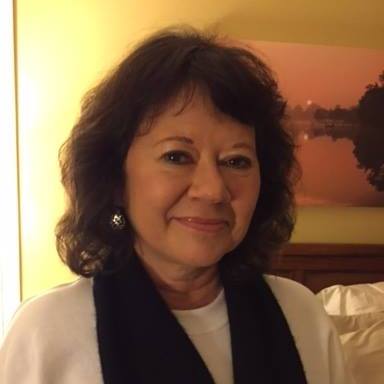 Debbie Lambert does it all.

From organizing workshops and seminars, to greeting guests as they come through the doors and answering their questions, to ordering the supplies that keep the office running smoothly, Lambert has been a jack-of-all-trades for the Earth and Environmental Systems Institute.

Now, after more than 14 years with EESI and more than 22 with Penn State, Lambert is set to retire in June.

"I'm a little worried the plants won't get watered after I'm gone," she said with a smile.

Lambert wears many hats for EESI and is an invaluable member of the team, helping faculty, staff and visitors alike on any number or projects and in solving countless issues.

She is the unofficial face of EESI, and those who work closely with her quickly appreciate her good humor and her depth of knowledge about the institute.

Lambert worked at a number of positions at Penn State before coming to EESI, including the Department of Geosciences, where she was a staff assistant for now-EESI director Susan L. Brantley. Lambert was interested in working for EESI because of the new opportunities it presented.

"I thought there would be new opportunities," she said. "I really did like geosciences, and I really missed working with the students. But I really like my job here. I'm very happy with greeting people and helping people."

Coincidentally, Lambert was soon reunited with Brantley, who was appointed director of EESI. Brantley was replacing former director Eric Barron, who at the time had left the university but has since returned to become its president.

Lambert said she can now look back on how much EESI has grown since she started at the institute. "It was on a much smaller scale than what it is now," she said. "It's really grown since then."

Lambert credits the growth of EESI to Brantley's guidance and leadership.

"Sue Brantley has really been instrumental in that because she is really diverse in her research," Lambert said. "I think she has been a real attribute to EESI because she has brought so many different kinds of research here."

Lambert said she's proud of the work she's been part of at EESI, and said she will particularly miss interacting every day with her co-workers.

"I like all the people who I work with," she said. "The group we have now is really a great group. I'm going to miss the comradery we have."

In retirement, Lambert said she plans to spend time with family, including her daughter in Monroeville and her mother and sister in Williamsport. She also plans to help her husband, local photographer Bob Lambert, show his artwork at festivals across the state.

"But mainly what I plan on is just relaxing and enjoying life, enjoying my grandchildren," she said.