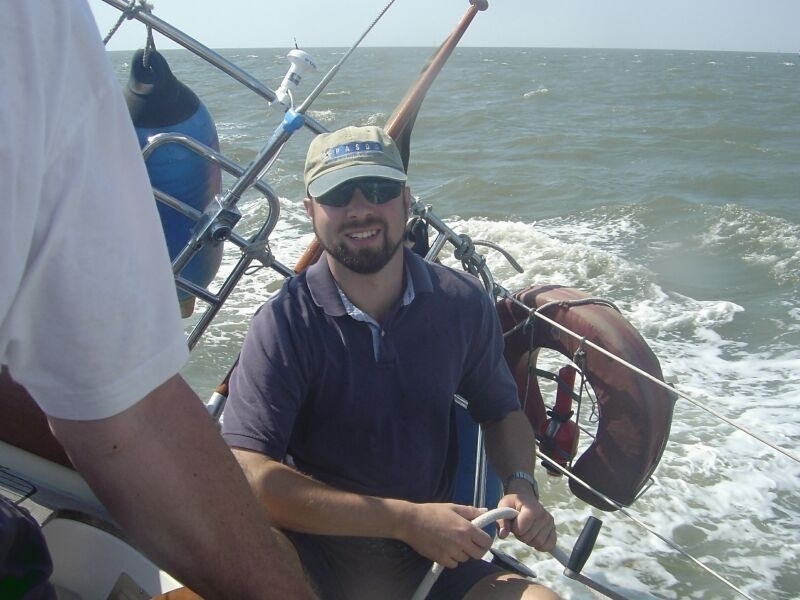 Bernd Haupt is a faculty member at Penn State University. Bernd, who originally hails from Germany, received his Ph.D. from Kiel University in Oceanography, marine Geology, and Meteorology. He has sailed on numerous research cruises throughout the world including the North Atlantic, North Sea, Baltic, South China Sea, and Mediterranean. An experienced sailor, he earned a Sporthochseeschifferschein, the highest German non-commercial sailing license. Bernd has published many articles, served as coeditor of the book "The oceans and rapid climate change: Past, present, and future", and regularly speaks at conferences. He enjoys lecturing on oceanography, meteorology, and world geography and was named the "2012 Altoona College Outstanding Lecturer".

Bernd has served on numerous proposal-writing teams and acquired substantial external funding to support my academic interests. His skills in programming, numerical ocean and climate modeling, and technology have benefited researchers and students from EMS as well as those he collaborate with across campus and throughout the academic community. In particular, Bernd has been collaborating for the past couple of years with faculty at Penn State Institutes of the Environment on several projects. These projects, which encompass varying aspects of research, outreach, and teaching include developing geospatial analysis tools and GIS map services for NOAA/NWS climate data, integrating fisheries data with hydrologic and geographic data for the State of Maryland, and joint projects funded by the U.S. Geological Survey to develop publicly accessible Chesapeake Bay and Delaware Estuary visualization and analysis tools and the FAA NoiseQuest program. The overall goals of these projects are to further scientific investigation into the region, educate students and citizens about the estuaries and oceans, and to provide tools for teaching.

For a little bit over three years Bernd joint a group of scientists from PSU's meteorology department working on the Chequamegon Ecosystem-Atmosphere Study (ChEAS), a multi-organizational research effort studying biosphere/atmosphere interactions within a northern mixed forest in Northern Wisconsin as well as high-precision, high-accuracy CO2 mixing ratio measurements in collaboration with Ameriflux towers and support of the INFLUX (INdianapolis FLUX) program.