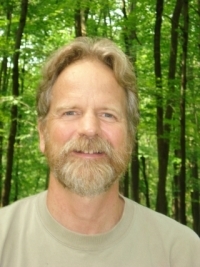 Who could find fault with Smokey the Bear, the gentle Ursus whose advice many Americans grew up following? Perhaps the spotted owl, for starters. To flourish, the endangered bird that's native to the western United States needs certain types of forests that aren't found in places where severe wildfires have occurred.

Smokey, of course, encourages people to take steps to prevent fires, not start them. But, suppression of naturally occurring blazes can have unintended consequences. Whether those include increasing the possibility for wildfires to become severe has been the focus of research Alan Taylor, Penn State professor of geography, recently completed.

Taylor's study focused on a mixed conifer forest in part of the Lassen National Forest in northern California known as the Cub Creek Research Natural Area that was the site of a wildfire in 2008. The unusual history of that preserved area that has never been logged allowed Taylor to look at whether a forest would burn the same way in two different time periods: one, in the 1880s, before fire suppression policy took effect, and the other in 2008 after it was being practiced.

Taylor said that, in general, the burning patterns were similar, but with an important difference.

"We lost more of the forest in the valley bottom because of the changes caused by fire suppression," Taylor said. "We lost 20 to 25 percent more than expected of the large, older growth trees."

What the research found, through a combination of analyzing satellite data and field measurements, is that the high severity portions of the 2008 fire affected not only younger forests on upper slopes and ridgetops where they had burned severely in the 19th century but older more diverse forests in the valleys that had escaped high severity fire in the past. Tree ring dating of fire scars show that forests in the valley had burned many times in the past 300 years but not severely.

"Historically, fires operated in a way that tended to be less severe in valley bottoms and lower slopes," Taylor said. "Now, because of fire suppression, they tend to burn at a higher severity and you lose that habitat."

Taylor, a faculty member in the Geography Department and Penn State's Earth and Environmental Systems Institute, is principal investigator on the project, which received support from the Joint Fire Science Program.

The practice of not allowing any fires means that more leaf litter and branches – making up the forest fuels – can accumulate on the floor, while small trees that would have burned in the past can grow enough that they can carry the fires into the crowns of the taller trees that had escaped the impact of less-severe fires in the past putting the landscape in jeopardy.

They also are home to the endangered spotty owl.

"They nest in old forests with multiple layers that haven't been burned at high-severity, but have burned at low severity. They tend to occupy valley bottoms and slopes," Taylor said of the birds.

To compare the fire patterns of the late 19th and early 20th centuries, Taylor remeasured the same plots for which he already had gathered detailed data to test a method for predicting the potential effects and characteristics of wildfires. That statistical modeling method, known as "Random Forest," uses an algorithm to predict fire severity patterns on the landscape based on the characteristics of the terrain, fuels, vegetation and weather.

Mapping the severity of fires on the Cub Creek forest required taking detailed measurements of the forest including: tree mortality, crown scorch, the amount of bark char, surface fuel consumption, and tree height and diameter. Taylor also used satellite data to map the severity of the fires' impact on the forest. These findings were compared with the prediction of fire severity from before fire suppression took effect based on the detailed information on forest conditions and fire activity from the 19th century. The match was close except for the occurrence of more high severity fire on lower slopes.

Taylor said that one approach for managing forest fires is to selectively alter the fuel structure. That would mean removing particular trees to discourage a fire from spreading with the same intensity across a landscape, and making sure that the crowns of certain trees aren't touching so it isn't as easy for a fire to jump from one to another. Reduction of surface fuel can be achieved by using prescribed fire.

"The best approach is targeting the spatial location of your treatments so they have the largest effect on fire severity," Taylor said.

It also means asking the question of whether all wildfires should be stopped.

The Random Forest modeling method could be used to help address those questions, aiding forest managers as they decide the best approach for keeping areas known as wild land-urban interfaces – places where people live near woods – safe from high severity fire.