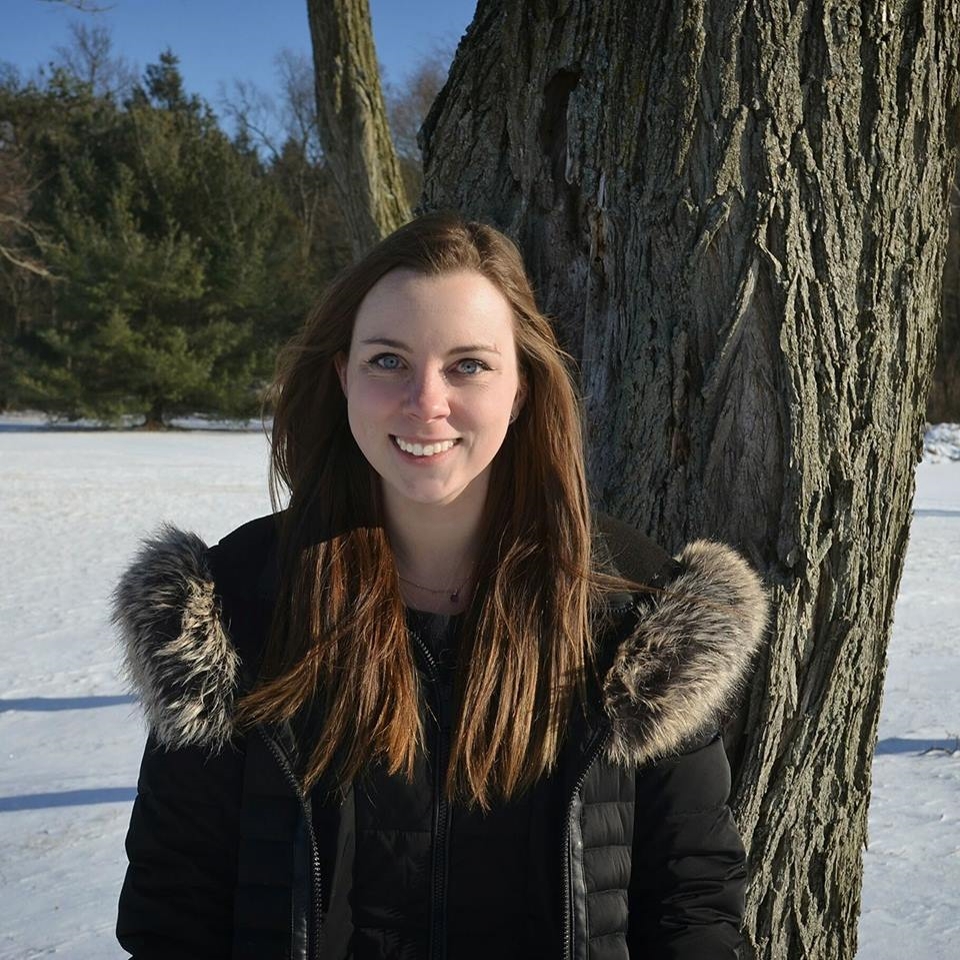 Caitlin Teti has a blast when it comes to space exploration. And as the new education program coordinator for the NASA Pennsylvania Space Grant Consortium, or Space Grant, she gets to share her enthusiasm with other science and space fans.

"When you hear people talk about NASA, it's always this really cool subject and their eyes light up," said Teti, who graduated in 2017 with a bachelor's degree in Earth science and policy from Penn State. "To help facilitate the connection between them and NASA is a really interesting part of my job."

Teti connects individuals to NASA resources by coordinating outreach events that promote space and STEM education. She describes herself as a person who wants to hit the ground running when presented with a project that she finds exciting. That is just what she did shortly after starting with Space Grant in April. Teti took a leading role in organizing Penn State's Apollo 11 50th anniversary events, which included a public rocket launch and a speaker and film event featuring former NASA astronaut James Pawelczyk, associate professor of physiology and kinesiology at Penn State. The events attracted more than 200 and 400 attendees, respectively.

"Being able to put on these free events for the community is really nice," she said. "I've done a lot of work with the communities inside and outside State College through a couple grant programs. Being able to give the communities free access to science events and inspiring the next generation of scientists and people who are interested in space has been my motivation."

Teti has ample experience connecting people to science. Before joining Space Grant, she worked in various roles at the Shaver's Creek Environmental Center. She began as an intern while enrolled at Penn State and eventually assumed the role of on-site director of the center's Outdoor School, where she helped advance the program and develop the curriculum. She also managed 75 campers and 30 university student workers. Teti said she gained many skills at Shaver's Creek that she could not in the traditional classroom setting, like group management, leadership and effective communication – skills she uses in her role at Space Grant.

This fall semester she looks forward to working with the undergraduate and graduate students that Space Grant funds and connecting them with NASA and STEM-based outreach events for children and adults. She also plans to host networking events and establish a mentoring program for Space Grant-funded students.

"I love connecting with people," Teti said. "Any chance I have to see exactly the kind of impact we're having and see people learning and engaging with NASA's mission is really rewarding."

In addition to her work at Space Grant, Teti is pursuing a master's degree in ecosystem management and administration from Penn State World Campus. She chose the degree program to gain further communication and project management skills that she can use moving forward in her science outreach career.

"I believe the best way to raise children who become adults who want to save the planet and explore space is to show them how cool it is when they're young through camps, public events and other engaging activities," Teti said.

Teti spends her free time outdoors hiking and kayaking, and recently she began pursuing an interest in birding. She also has two cats with science-themed names: Cassie, named after the Cassini space probe, and Perry, named after the peregrine falcon.