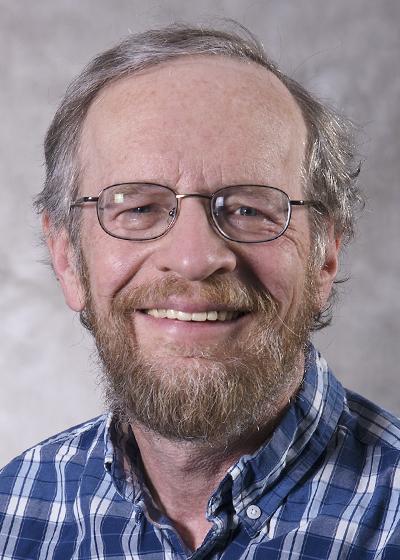 Richard Alley may describe his research as being just the tip of the iceberg when it comes to glaciology and climate science, but he is one of the field's most prominent figures.

Alley, Evan Pugh University Professor of Geosciences, has traveled to extreme environments, such as Antarctica and Greenland, to collect ice cores from ice sheets and glaciers to extract climate records. Ice cores are composed of individual layers, each layer representing one year. Scientists can differentiate years by determining differences in the texture and chemistry of each layer of snowfall. By studying the individual layers, Alley can determine the temperatures and particles present in the atmosphere during a given year. These records can help researchers predict how extreme future climate changes will be.

Alley began researching ice sheets 42 years ago, in the summer of 1978, as an undergraduate at The Ohio State University. Originally planning to become a geologist, Alley decided to explore a related career path in ice sheet research after assisting glaciologists with their work during the summer after his freshman year. He and the Penn State team currently study climate history derived from ice cores, and modern flow of the great ice sheets, to determine the probability of them collapsing. Ice sheets sit on land, and when rising temperatures cause them to collapse, they crumble into the ocean and cause global sea levels to rise.

Alley's findings have contributed to the confident knowledge that sea-level rise is directly related to an increase in global temperatures caused by human activity. The main uncertainty is whether the rise will be relatively small, as usually expected from melting of mountain glaciers and expansion of ocean water as it warms, or a lot more from ice-sheet collapse.

Soon after joining the Penn State faculty in 1988, Alley embarked on one of his more memorable research projects. In the early 1990s, Alley and his colleagues traveled to Greenland, where they extracted a 2-mile-long ice core. The ice core revealed a climate record that showed a mix of slow, gradual changes, which Alley calls "dials." It also showed some really sharp, abrupt changes, which Alley refers to as "switches."

"I got to help tell the story that usually Earth's climate is controlled by dials, and occasionally controlled by switches," said Alley.

Even with all the knowledge and experience Alley has acquired during his career, he avoids telling people what climate policies he believes should be implemented because it is "ultimately a political decision." That being said, he is not afraid to state his belief that "if our governments find ways to use our scientific knowledge on energy and climate efficiently, they will not only be more ethical, but achieve a bigger economy, more jobs, improved health and security, and a healthier environment."

Research on global warming has shown that humans are walking on thin ice. Alley believes current research should focus more on how to mitigate global warming rather than on what is causing it.

"We know that we can build a better world," he said. "Getting there has real costs and real efforts, and there are real risks involved because you have to get rid of something that has worked pretty well for a while and build something else. However, with those risks come great opportunities."

Alley's work has made him a notable figure among climate scientists, as well as a member of the National Academy of Sciences. To help the United Nations make sense of climate change, Alley has worked with the Intergovernmental Panel on Climate Change (IPCC) to assess the current research. In 2007, the IPCC shared the Nobel Peace Prize with Al Gore for their research on human-caused climate change and how to counteract these changes. In addition, Alley has chaired the National Research Council’s panel on abrupt climate change. He has also been invited to breakfast with former Vice President Al Gore to discuss climate change research. With over 300 publications, multiple prestigious awards, and even hosting a PBS docuseries, Alley has not only advanced our knowledge of climate science but made it accessible to non-scientists.

- Zack Kelly is a senior Earth Science and Policy student focusing on energy at Penn State. He plans on pursuing a career related to renewable energy, and he enjoys writing.