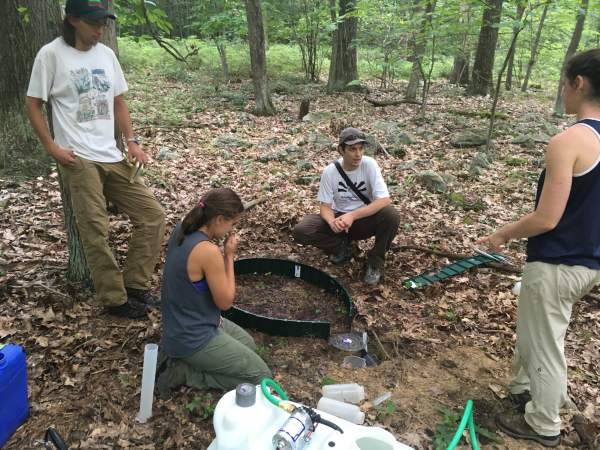 Martin spent his summer trekking through the woods -- pencil, maps and GPS unit in hand. He was part of a team mapping the ground cover, from soil and dead leaves to rocky outcroppings, of the Garner Run site in Penn State's Susquehanna Hills Critical Zone Observatory (CZO).

"We have pages covered in numbers," Martin said. "One means rocky with no canopy, two means a complete soil mantle, and so on. We walked through the woods writing these numbers as we go." 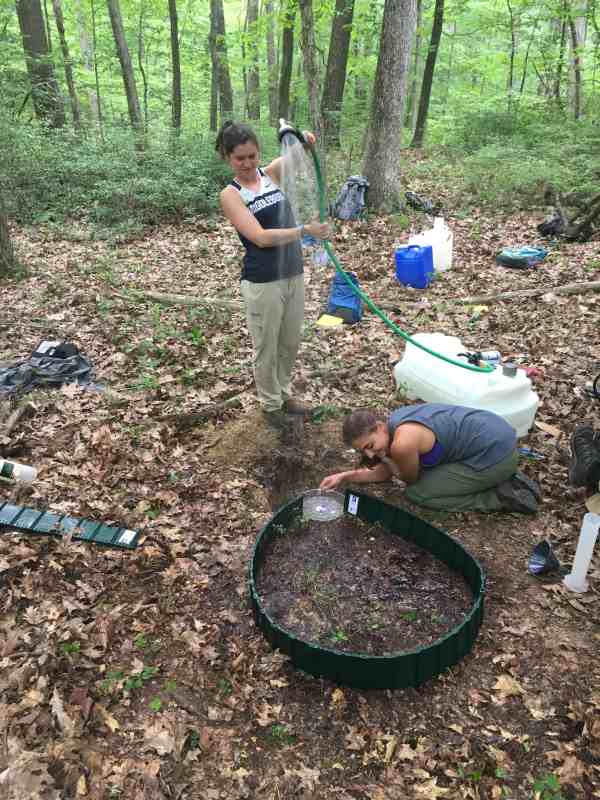 His work has helped produce detailed maps of the site, which is part of a Nation Science Foundation-funded network of observatories studying the thin layer of Earth that supports human life. The numbers he collected could someday help lead to a better understanding of the geological processes that shaped the region in the past, and how the land surface might behave in the future.

Martin, a geosciences student at the University of Pittsburgh, was one of 17 undergraduates from Penn State and universities across the country who this year participated in the CZO summer Research Experience for Undergraduates and Teachers (REU/RET) program.

The program, sponsored by the NSF and hosted by Penn State's Earth and Environmental Systems Institute, paired students with researchers at CZO locations at Penn State and the Stroud Environmental Center in southeastern Pennsylvania and northern Delaware.

The goal is to introduce students to the type of cross-disciplinary research happening in a CZO, giving them real-world experience and giving scientists help with their work.

"We are getting lots of field work, lots of experience and we're putting some skills to the test," Martin said. "It's really cool to just think about the big picture, how the ecosystem and plants and soil and rocks all come together."

The CZO program is a network of 10 sites in diverse geographical locations in the United States, along with a national office, that studies the layer of the Earth that stretches from the tops of trees to the deepest fresh groundwater with a cross disciplinary approach. Researchers come from a number of backgrounds, including hydrology, geochemistry, geomorphology, ecology and climatology. 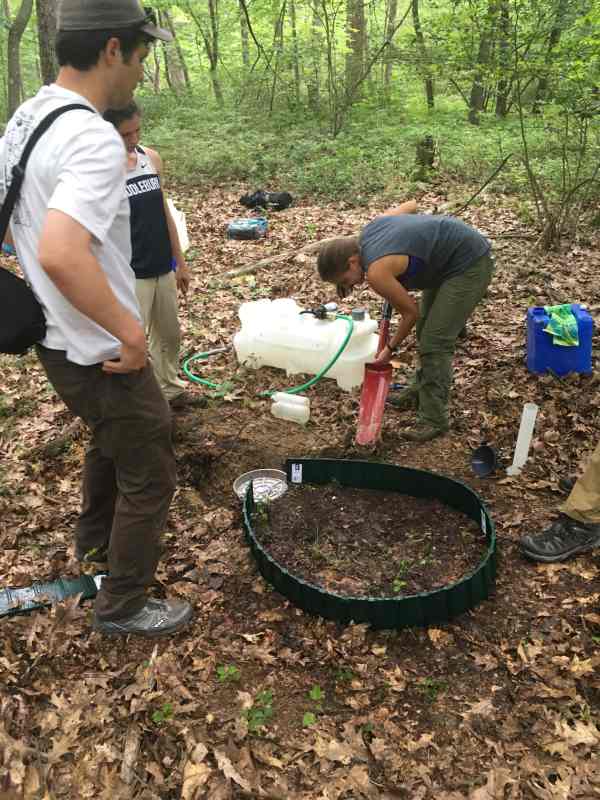 Another REU student, Perri Sliverhart from Middlebury College in Vermont, said working in such an interdisciplinary environment was an "eye opening" experience.

"I'm just kind of seeing how everything fits together and realizing you can obviously specialize in something, but not just burrow your head into one hole and have other interests. I think the collaborative aspect is really cool -- and the data sharing that goes on. It easy to be working on your project and go 'I wonder about this,' and more likely than not, data already exists and you can go ask."

Silverhart and Martin spent the summer working alongside Penn State geosciences professor Roman DiBiase and graduate student Joanmarie Del Vecchio, who has walked nearly every inch of the Garner Run site the last two years as part of her research.

Their mapping can reveal patterns that may help researchers better understand why one area is rocky and another not. That information can then feed models trying to determine how different ground cover impacts the way water moves down slopes and through the subsurface, influencing stream discharge. The soil and rocky debris on hillslopes can also tell researchers about the deep past, and help in understanding how permafrost and cold temperatures shaped the landscape during the last glacial period.

"That's one of the exciting things about the CZO, the opportunity to take that longer time scale picture and try to apply it to understand how these sort of geological processes are influencing the modern fluxes of water and sediment through the landscape," DiBiase said.