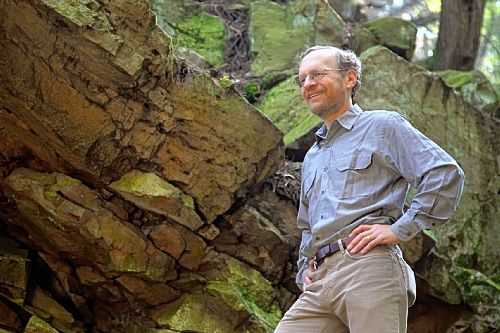 Dr. Alley's research broke open the field of "abrupt climate change," with his discovery that the last Ice Age came to an abrupt end over a period of only three years. This has significant implications for the present day as it debunked the myth that climate change is a very slow process, and suggests that some climate changes in response to human-induced activities, particularly the burning of fossil fuels, may arrive more rapidly than expected. Dr. Alley and others had removed two-mile long polar ice core samples in Greenland and in Antarctica to study climate history and elements that lead to climatic changes.

"Dr. Alley"s research on ice cores has provided an essential cornerstone to the study of environmental change," Teresa Heinz, chairman of the Heinz Family Foundation, said today. "He discovered that such changes can be abrupt and massive and he is able to communicate these complex ideas in a clear and compelling way."

Dr. Alley is considered one of the most active voices in communicating earth sciences to the general public. Earlier this year, he hosted a PBS special on climate change and sustainable energy called Earth: The Operators' Manual. He authored a companion book by the same name that was targeted to everyday Americans. From low-tech solutions to high-tech innovations, the documentary shows the wide range of practical options available to meet Earth's growing need for energy.

"Climate change is an enormous challenge that requires big action. Our grandchildren will one day ask us to explain the choices our leaders made today," said Dr. Alley.

Now in their 17th year, the Heinz Awards honor visionaries who have made extraordinary contributions to the environment, a life-long area of commitment for the late U.S. Senator John Heinz. Dr. Alley and nine others are recognized for their significant efforts benefitting the environment. This year's awards total $900,000.

Dr. Alley is active in the scientific community, having presided over the National Academy of Sciences' report Abrupt Climate Change: Inevitable Surprises, and as a lead author on the International Panel of Climate Change Fourth Assessment Report: Working Group I: ThePhysical Science Basis.Regularly testifying before congressional committees and policymakers on climate change, he joined other prominent scientists last year at a briefing on Capitol Hill sponsored by the American Association for the Advancement of Science to address questions raised by climate change skeptics.

In addition to Dr. Alley, the 17th Heinz Awards are honoring the following individuals:

About the Heinz Awards

The Heinz Awards annually recognize individuals creating and implementing workable solutions to the problems the world faces through invention, research and education while inspiring the next generation of modern thinkers. While this year the awards focus singularly on the environment, winners were chosen who address the intersection of the environment with one of the other award categories recognized in many previous years, including arts and humanities, human condition, public policy, technology and the economy.

The Heinz Family Foundation began as a charitable trust established by the late U.S. Senator John Heinz. His widow, Teresa Heinz, established the Heinz Awards in 1993 to honor and sustain the legacy of her late husband.

In addition to the $100,000 award for their unrestricted use, recipients are presented with a medallion inscribed with the image of Senator Heinz on one side and a rendering of a globe passing between two hands on the other. The Heinz Awards will be presented at a ceremony in Washington, D.C. on November 15. For more information about the Heinz Awards, Heinz Family Foundation or the recipients, including photographs, visit www.heinzawards.net.